Dr. Martin Luther King, Jr. was an iconic and heroic leader in the advancement of civil rights in the United States and around the world and one of the most inspiring individuals to ever live. Like many others, he developed ambitions for social change as young adult, ambitions that were nurtured and supported by his mentor, Dr. Benjamin Mays, a distinguished African American minister and scholar. The two met when Dr. King was only fourteen years old and attended Morehouse College, where Dr. Mays was president.

After meeting Dr. King and his family, Dr. Mays took an immediate liking to the young student, instantly recognizing something special in him. The feeling was mutual, as Dr. King looked forward to attending Mays’s Tuesday sermons to the student body and oftenstuck around to chat with Mays afterward.

The two formed a close bond, allowing Mays to share many ideas that would heavily influence King’s activism. He taught him about Gandhi’s principles of nonviolent protest and stressed the importance of upholding the dignity of all human beings despite unfair social practices. They remained close for the duration of Dr. King’s life, and Dr. King would come to refer to Dr. Mays as his “spiritual and emotional father.”

A Grandmother Provides the Muse for a Singer 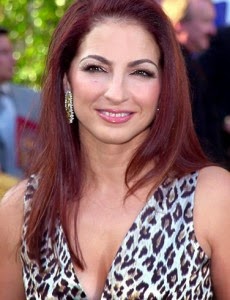 Gloria Estefan is one of the most successful singer-songwriters of all time. Along with the band, Miami Sound Machine, the Cuban-born Estefan has sold over 90 million albums worldwide and has won seven Grammy awards.

There was a time in her life, however, when Estefan had doubts about following the path of music, despite her natural abilities to perform–doubts that she overcame thanks to the help of her grandmother, Consuelo Garcia.

Garcia, according to her famous granddaughter, was a woman ahead of her time; someone who wanted to be a lawyer even thought it was unheard of for a woman to do so, and someone who could easily inspire others with her strong spirit.

“The most valuable lessons I learned from my grandmother were to discover what makes you happy, and do it with as much energy and joy as you can muster,” said Estefan. “And that success takes perseverance, determination, and an unwavering belief in what you have chosen to do. My grandmother always pointed out my strengths and filled me with hope for the future. She constantly nourished my inquisitiveness and shared many quests for seeking answers to my questions. She wasn’t afraid to let me see her vulnerability and made that intimacy an asset to be celebrated. Primarily through her example, I learned that we, as women, have limitless potential. I finally said yes to music because of her.”